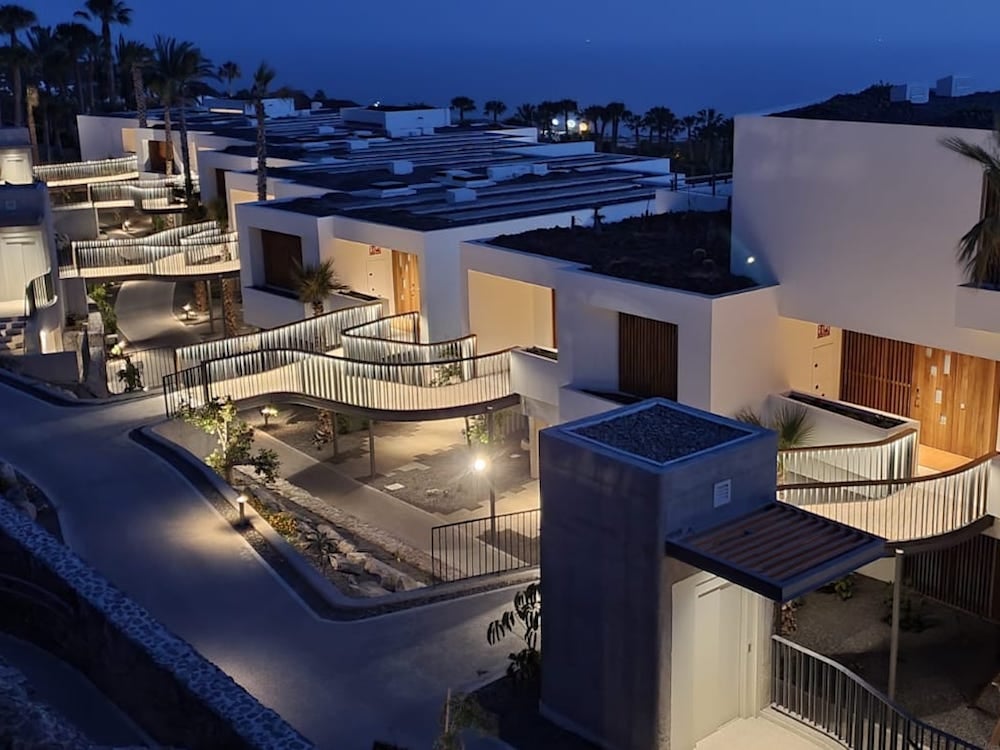 If you’ve ever witnessed the boundless brilliance of the night sky from Abama, you probably won’t be surprised to learn that El Teide is a Starlight Tourism Destination. This certification is conferred by Starlight, an initiative backed by UNESCO, the International Astronomical Union (IAU), the World Tourism Organization (UNWTO) and other organizations, which was founded in 2007. Its ultimate aim is to defend the visibility of the rest of the universe and protect the night sky from light and air pollution and radio-electric emissions.

Starlight Tourism Destinations are those that have prioritized preservation and observation of the sky as part of their cultural heritage, and that promote astronomy and high-quality, sustainable tourism as some of their main attractions. Within the Canary Islands, Gran Canaria and La Palma, as well as El Teide, all hold the certification.

The Canary Islands is an especially good location for observation thanks to its clear skies, and the Institute of Astrophysics of the Canary Islands (IAC), established in 1982, was one of the founding organizations of Starlight. Its three observatories on the archipelago (Teide, Roque de los Muchachos in La Palma, and the European Northern Observatory) have instruments installed from 19 countries and 60 scientific institutions.

One of the results of this important nexus was the establishment, in 1988, of the “Law of the Skies”: officially, the Law for the Protection of the Astronomic Quality of the IAC Observatories. It defines which areas of the Canary Islands must reduce or maintain their levels of artificial lighting, and establishes additional rules regarding air traffic, air pollution, and radio-electric emissions that could interfere with the quality of the atmosphere or with the equipment used in the observatories. In particular, it affects the island of La Palma and the southwestern portion of Tenerife, where Abama is located, and which faces La Palma.

It’s a well known fact that light pollution (the artificial lights used by humans to see at night) reduces our ability to see the stars, but there are specific aspects of light pollution that have other, less well known, effects. For example, the light temperature can have drastic effects on the ecosystem. Blue light, which has a high light temperature, has been shown to attract three times more insects than yellow light. It has been shown to draw newly-hatched turtles towards highways when they mistake the streetlamps for the reflection of the moon on the water. And the photo receptors in our human eyes cause our brains to interpret blue light as daytime, shifting our Circadian rhythms and upsetting our internal clocks.

A Technical Office was established to enforce the Law of the Skies, and it sets regulations for new construction and inspections for existing buildings and public spaces to make sure they are in compliance. The results of this work over the past decades have included a drastic reduction not only in light pollution but also in energy consumption, because the Technical Office defines very specific regulations even including the types and brands of approved lightbulbs, which have to conform to certain standards. Environmental and economic sustainability are both in play, making it clear that the effects of the Law of the Skies go well beyond the protection of a few observatories. It is a philosophy of sustainability and preservation, and when the Starlight Tourism Destination certificate was established years later for other destinations as well, it began to represent a shared philosophy and priorities that went far beyond the Canary Islands.

At Abama, the existence of these standards is welcome, as they can only help us meet our objective of being a sustainable destination. Not only do we take our status as part of a Starlight Tourism Destination seriously, but we are happy to be able to contribute to the maintenance of our special ecosystem on Tenerife. The light design for outdoor illumination is built into the technical design of every new community in the resort, and it must be approved in order to receive building permits.

One of the salient characteristics of Abama that makes our residents choose our sustainable homes over other destinations is its unique environment and its peacefulness. Much of this tranquility derives from melding as much as possible with its surroundings. And the Law of the Skies goes a long way in making the Abama nighttime a quiet one, with the buildings sinking into their surroundings, rather than blaring out disturbing light. We are fortunate to have in our skies an astounding starry landscape that rivals anything on Earth and keeps us in awe of the beyond.